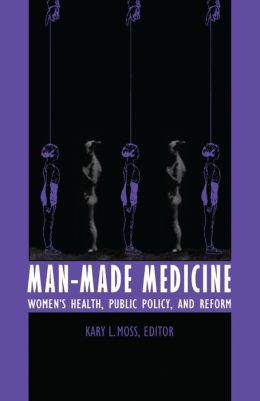 Several chapters in Man-Made Medicine: Women’s Health, Public Policy, and Reform highlight the importance of how both sex and gender affect medical research and understandings of embodiedness. This book takes on the longstanding conflation of women’s health with reproductive health—a frustrating and longstanding truth I mentioned in my last post. The following is perhaps my very favorite quote from this text: “Traditionally women as a group are defined by this reproductive potential. Usually ignored are the many ways that gender as a social reality gets into the body and transforms our biology” (p. 23). We have a lot more thinking to do about how social reality “gets into the body.”

This book also offers histories of medicine in the U.S. from a variety of perspectives, and it argues persuasively that we need to focus not only on the differences between women’s and men’s health, but also on the differences in health among these groups. Women are different from each other. Krieger and Fee argue persuasively for recognizing diversity in women: “[W]e are a mixed lot our gender roles and options shaped by history, culture, and deep divisions across class and color lines” (p. 23). This text also talks about how women’s occupational health was largely ignored for years–and remains understudied.

This entry was posted in All blog entries and tagged bodies, health, medical rhetoric, women. Bookmark the permalink.