I’m SO excited for the 2015 Computers and Writing Conference. I’m presenting with some super-smart women (Angela Haas, Kristin Arola, Michelle Eble), and I’ll be talking about how aesthetics bridge cognition and sense perception (look u Anne Wysocki’s recent work for more on that) in medical contexts. Some questions I hope to raise include:

Comments Off on Computers and Writing!

Posted on February 12, 2014 | Comments Off on The Genderbread Person

Some friends just told me about this, and I think it’s a wonderful way to get people to think just a bit harder about what gender means. I’m borrowing the image below from this page to provide a preview, and I myself am going to need to buy this author’s book (The Social Justice Advocate’s Handbook: A Guide to Gender) very, very soon. More coming when I do.

Comments Off on The Genderbread Person

Just read this smart post over at Jill Walker Rettberg’s blog. As an academic and journalist, I have a slightly different reaction than most scholars seem to have to this type of debate. First, I think it’s worth examining how “The very reproducibility of the photograph means that it will be encountered in many different settings, and not always in serious, museum or documentary style contexts.” This is an issue of rhetorical velocity (Ridolfo & DeVoss), and it suggests that the viewer/reader has an obligation to understand the always-mediated nature of the image.

That makes sense, but I also think expectations surrounding acceptable levels of mediation in particular contexts are not only reasonable, but necessary. For example, when I look at a photograph in a newspaper, I expect that it might have been edited for better reproducibility, but I don’t expect that whole people might have been removed from the image for the sake of aesthetics. As a journalist, I was taught that any manipulation of an image other than limited cropping (to fit available space while working in design and layout) or adjusting the brightness (which is necessary because of darkening that happens in the printing of newspapers) was unacceptable.

Are there reasons for a journalist to alter photographs? I’m willing to entertain the idea. For example, there are things like this, where a photo is filtered for a seemingly ethical or kind reason–in this case, to avoid exposing children to gore. But, really, I can’t get on board here. While the concern that children might see blood and bone is, I think, valid, this is a lazy way to solve the problem. (Editors could have utilized blurring so that the editing was apparent, a jump to an inside page with a warning on the front, a digital-only distribution model, etc.). Worse, it’s a slippery slope from editing out potentially offensive gore to editing out entire people–say, women–because others find their presence intolerable.

This is why the apparency of particular kinds of mediation in particular contexts matters deeply. 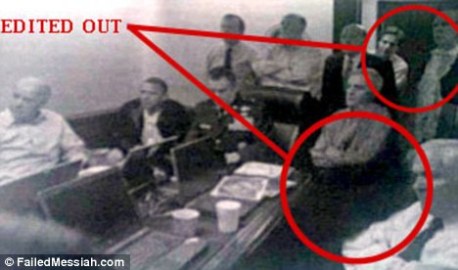 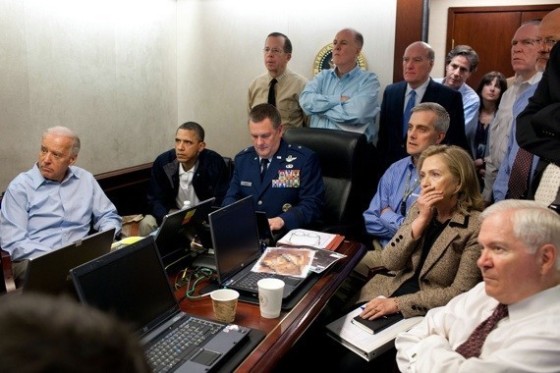 Comments Off on #nofilter

Posted on August 23, 2013 | Comments Off on Schools hate boys?
Something about this recent article in TIME has been bothering me. I first read it because a Facebook friend posted it with a thoughtful comment about the role imagination plays in developing a social consciousness in children. This makes sense to me. Imagination is important. Raising children who want to do good in the world is laudable. But some of the logical leaps the article itself makes do not work for me; in fact, they are really troubling.

END_OF_DOCUMENT_TOKEN_TO_BE_REPLACED

Comments Off on Schools hate boys?

I have not attended a Moral Monday protest here in NC (yet). I’ve been trying to clear my head and take a break from work in advance of hitting it hard during my first year as an assistant professor (yay!). But I can’t help but check in on things once in a while via the web, and I also can’t help but post my favorite protest signs. (These are shamelessly borrowed from various places including the Moral Monday Facebook page and various news media sites. I post them in the spirit of getting out the message; they are not mine.) 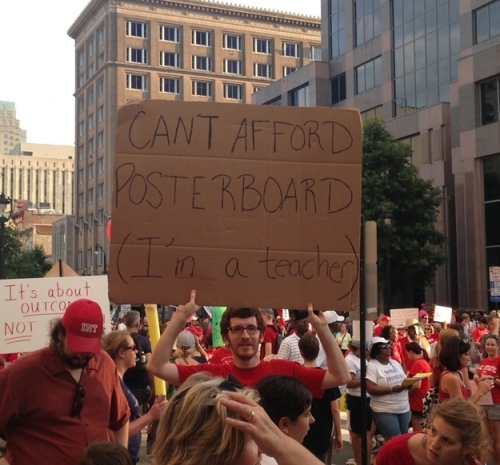 My partner is an elementary school teacher. If he is able to get a job in his field, it will likely result in a >$10,000 pay cut for him. That’s coming from Illinois, a state well-known for being a giant financial mess.

I’m not usually a big fan of progress narratives (we can talk about efficiency here; efficiency and progress for whom?). But this, I like. 🙂 (And if you’ve been living under a rock and haven’t seen it, here’s the referent that makes this sign funny.)

Yeah. I guess this one doesn’t really need my commentary. Although there are a lot of interesting ways to  use this message as inspiration for illustrative examples …

Comments Off on Moral Mondays

Erin A. Frost
Create a free website or blog at WordPress.com.